Angels, healing with angels, what kind of influence can an angel have on people

Since the usage of the ET ball cements a bond between a man and the world of angels, it is appropriate to explain how angels work. It is not a myth, but bare facts that “everybody has his/her angel.” And each individual can have more than just one present. When one´s spirituality deepens, it is possible to get in touch with the world of angels while using the ET ball. Even „healing with angels“ can occur or many problems can be subsequently resolved or better realized....

Angels are very close to human beings in a spiritual hierarchy and our astral body is close to our human self (ego). Therefore Angels may influence humans by means of it their astral bodies. If a man is able to perceive something from spiritual world, then it is, logically, something closest to him and it is the world of angels. Since Angels had gone through its „human“ stage, they are able to provide people with a direct help (healing with Angels, spiritual knowledge). They have a specific task, how to prepare human beings for their further development and not to fall behind. What is important here, is one´s attitude and willingness to make steps.

How does an angel work in one´s astral body? Angels cooperate and create pictures in human astral bodies. These pictures get created under the leadership of the Spirits of form. Thus, an angel serves these higher spiritual hierarchies. Beings from the hierarchy of Angels and, in a way, even every single angel, has its unique mission for every human being. While creating pictures, Angels follow some rules, out of which the one of creating brotherhood, is a crucial one. One rule in the world of Angels is:“Nobody can be happy, if others suffer.“ Owing to the influence of angels, this rule will gradually become a part of our human nature. For the time being, a really spiritual person can be at least partly happy. A sad side effect of our times is the fact that there are many sources which have a tendency to gradually impose a feeling of normality of terror on us. Their consistent propaganda leads to the point where we consider them normal. Demoralization of humankind is so apparent that we mostly do not know what is in fact right. The world of Angels is, for many of us, a certain hope and tries to help humans under every circumstances. The first principle of Angels, is to create brotherhood amongst people and compassion towards others.

Angels also try to help humans to see the divine hidden within the others. Not only to see a higher form of animal in a man, but also something which comes from the divine essence of the world and becomes visible through his body and blood. To understand a man as a picture, which is a form of manifestation from spiritual worlds. Even this is what Angels embody into their pictures. As soon as this becomes reality in the future, there will be no need for our traditional religions and churches with its outer institutions on a physical level. Meeting of two humans will be, in itself, a religious act and we can consciously lay foundations to this here and now. Even this belongs to a part of the work of angels – to unfold a complete religious freedom above our heads. 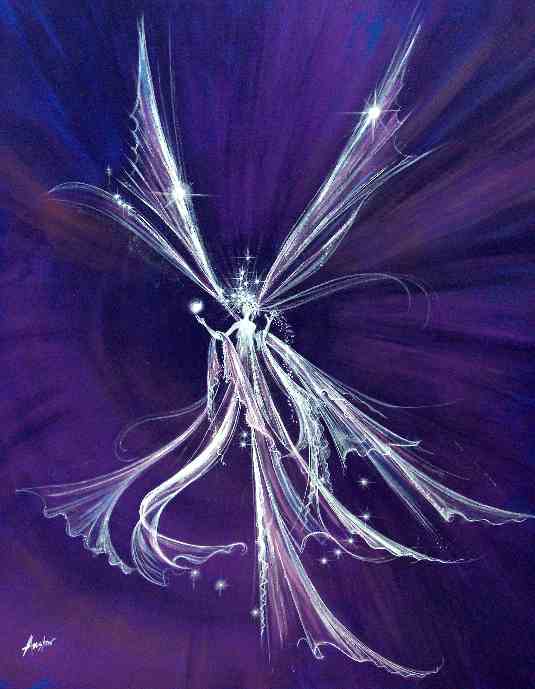 The third aim of angels is to help humans to reach the Spirit and bridge the gap which separates them from living spirituality consciously – spirituality for the Spirit, religious freedom for our souls and brotherhood for our bodies. What we need to do, is to raise our awareness to a different level and one will feel like being taken to this wonderful place, where Angels work on human astral bodies. When and how is this work on a man done? For less spiritually developed people, Angels do this work mostly while one is asleep, just before falling asleep or just after one wakes up. The pictures are created even during the day, but an average person is not capable of realizing this both at night or during the day. One could say that the majority of the population today is spiritually asleep even when they are awake. Many things are happening in and around a person, but people are not mostly able to perceive them. This is what we should change. Since we live in an era which enables people to cultivate so called counscious soul, everybody should try to live a conscious life and if they succeed in it, they can consciously perceive angels and their influence. Since humanity got to a stage where we can make up our minds freely and people have got free will, it is everybody´s responsibility to make a decision whether he/she wants to let this opportunity slip away or to participate in it consciously and therefore grow. For this to happen, one has to educate himself appropriately.

It is necessary to realize that to the same extent Angels influence human astral body, one is also influenced by beings who try to take his free will from him. The majority of people choose the good using their free will. But if other than the world of angels seizes the power, one can give way to the evil for many “good and sensible reasons“. Luciferic and Ahrimanic spiritual powers try to influence a person in this way. Luciferic beings are retarded and got stuck on a different development level. Their interest is to influence a person so that he/she cannot develop his own free will since they have not got their free will either. Free will can only be obtained on the Earth, but these beings want to have nothing in common with the development of the Earth. Luciferic beings hate one´s free will. They act in a spiritual way, but they want to prematurely uplift people from a spiritual point of view. Many people develop spiritually in many ways to a certain extent, but with hardly any love which is only spoken about. In fact, it is not about love at all. (This phenomenon is common at various hasty lectures and courses and in contemporary spiritual teachings). Luciferic powers cunningly try to get people to the point where they prematurely become spiritually developed, before their conscious soul is capable of showing its full potential. They try to manipulate man to make him being unable of making free decisions and therefore missing crucial events of his human growth and development. Ahrimanic beings also try to divert man from his divine essence. Unlike Luciferic powers, they do not try to achieve this using spiritual means. On the contrary, they try to kill his spirituality. They try to instill into them the conviction that he is just a perfectly created animal. Ahriman is a representative of materialistic Darwinism. He tries to push through only outer sensual life of a man. Such a man would only fulfill his needs such as food, drinks, money and technology. They use crafty means of materialistic science and their arguments and drag people too close to the matter, not taking into account mentally-spiritual values. Therefore, Luciferic and Ahrimanic powers in a person work against Angels. 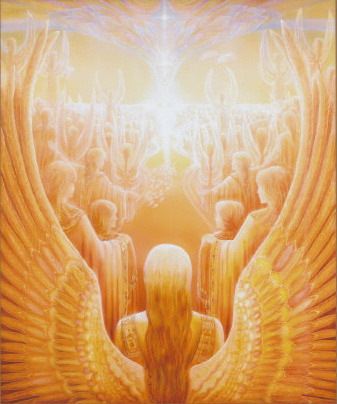 Certain spiritual beings as well as Angels make steps in their spiritual development with the help of man. In fact, their development goes hand in hand together with that of man. This they do not to have fun, but to reach a certain goal. That is why the work of Angels is a serious activity and it cannot be belittled by arguable interpretation. By working dutifully on a human development, Angels try to get humankind ready for the „Second Coming of Jesus Christ“, which means his manifestation on an ethereal level in his ethereal body. Only those people will be able to perceive him, will develop the capacity to perceive sensitive processes around themselves – in the ethereal sphere, which is all around. This process will take a long time, but it has started and some are able to perceive in this way even these days. The above mentioned powers try to prevent it and they want us not to perceive and miss the opportunity in a similar way, when crowds have tried and still try to deny Christ´s First Coming and all that happened at Golgotha. The denial of these events threatens substantially the development of man as well as the Earth.

To feel and understand what Angels guide within us, we must live a conscious life throughout the day. Doing this, even the simplest things, such as our ordinary work, can become more spiritual. It won´t really matter if you receive the information at night or during the day. If the latter happens, one will understand them and his sleep will enhance him, which will then have its impact when awake. It is complementary and these two will mirror each other. And Angels are here to help us with this…

Note: the pictures above serve only illustrative purposes. The interpretation is based on my study of Anthrophosphy, a spiritual science founded by Rudolf Steiner as I perceive it. Angels are generally spoken about by many people, but it was Steiner who managed to describe their mission.